...Travel ideas for flying with the family during the holidays 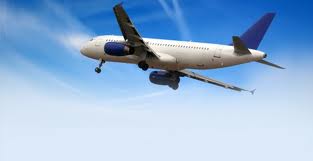 In my pre-kid career days, I used to fly around the world for my job, and I l-o-v-e-d it.  Across the country, down to the Caribbean, over to Europe, and even Down Under.  It was all one grand escapade.  Even when my first child was an infant, I wouldn’t hesitate to bundle her up and fly 3000 miles to see my family.  It was all good.

Then came 9/11 and flying took on a whole new look and feel.  As much as I wanted to see new places and people who lived farther than a day’s drive away, I opted to stay at home.

In the years since, I’ve slowly reentered the world of flying and like most, have learned to endure the endless lines at security, luggage fees, and annoying carry-on restrictions.  Earlier this month, I flew across the country with my son.  He’s flown only a few times in his 11 years, so he was super excited to get onboard and enjoy the ride! I, on the other hand, was figuring out how to make the airport and airplane experience as seamless and enjoyable as possible.  Like any mom I packed food, books, and a lot of patience to help ensure things went smoothly.  Surprisingly, it was the unexpected elements that actually made the trip entertaining, educational, and fun.

Here’s one of the things that happened along the way.  Perhaps you can take this idea from our experience and make it your own. 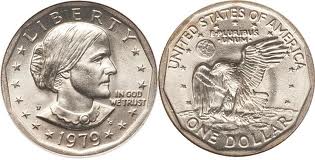 Coin collecting.  Even if you aren’t leaving the country and only if your schedule allows for it, take a moment to stop by the money exchange booth near one of the airport gates.  My son, a budding coin collector, stopped by to ask the gal sitting in the booth if a 1,000 Mexican peso coin he had was worth anything.  Even though he didn’t have the coin with him, it was an easy way to get his question answered.  “No, it’s out of circulation,” was the disappointing response.  A gentleman and his wife, standing nearby and who had just returned from Korea, overheard my son’s question and gave him the few Korean coins they couldn’t exchange back into U.S. dollars.  My son was ecstatic, stuffed the coins in his pocket, and proceeded to study them during the flight.

Try it yourself!  Stop by the money exchange booth to ask if there are any miscellaneous foreign coins your child might have and see what happens.  After our trip I was curious and called the airport exchange company to see what they would do if a child wanted to trade a small amount of U.S. money for foreign coins. Would they simply give him foreign money if he gave them a $5 bill in exchange?  No, the minimum is $30 to exchange U.S. funds for foreign currency and there are fees involved but they would give him left-over foreign change simply for asking.  Canadian, Euro, Mexican, and Pounds are the most common coins found at U.S. airports.  Use the world map in the airplane magazine onboard to point out where the money came from.

Also, see if the exchange lady will give you a Susan B. Anthony U.S. dollar coin for your $1.00 bill.  This coin fascinated my son during our trip when they showed up as change in a vending machine.  Another coin, not seen too often, is the Kennedy half dollar. Exchange two quarters for one if the exchange booth lady at the airport happens to have one.

See for yourself where this idea will take your child’s curiosity and imagination.  It’s a history lesson in the making. 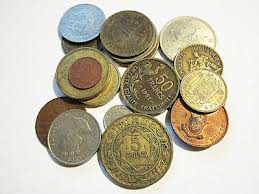