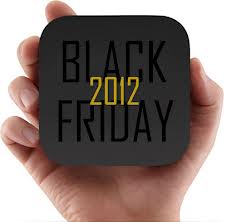 Black Friday.  It conjures up all sorts of historical events.  The term describes everything from a financial crisis in 1869 to retailers’ glee when their bottom lines go from red “into the black.”  These days however, I’m more inclined to think, “Sale!”  It sends a loud and clear signal that the starting gate for shoppers is about to go up on yet another holiday season.  Those discount-hunting, coupon-clipping, savvy shoppers who seek incredible deals both online and in long check-out lines are preparing to dive into what’s become known as the biggest shopping day of the year.  And although the advantages of shopping on Black Friday seem obvious...for some it can become a real nightmare.

This is the first year my children, ages 11 & 12, have dialed in to what Black Friday is all about and how it can benefit them.  Along with their friends they’ve scoped out the huge savings it offers, especially on electronic devices such as an iPod Touch.  Just the other day, as if stating his case in front of the Supreme Court, my 11-year-old son followed me around the house voicing well thought out reasons why Black Friday was the “best time” to buy the iPod Touch he’s wanted for so long.  “The price will never be lower!”  “You can buy it online; you don’t even have to leave the house,” were only a few. 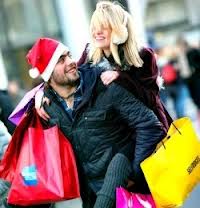 Although there was undeniable merit to each of his points I realized, underneath it all, anxiety was driving his comments.  By that I mean he felt the magnetic pull even I sometimes feel when consumer advertising drives me to buy something I don’t really need.  Now, it’s not that my son does or doesn’t need an iPod Touch, but the justification that went along with his request made me stop and consider how the Black Friday marketing ploy was influencing him; a naive, unsuspecting kid who simply wanted an electronic gadget like his friends have.  Black Friday turned his normal desire into an urgent plea to buy something before the price was gone “forever.”  Perspective.  He needed the view I have every December 26th when the items I bought weeks before are slashed in half.

I explained what the bottom line of Black Friday really is...a way to stimulate spending so retailers make money and yes, consumers get deals.  I described the frenzy Black Friday stirs within some individuals and how one year a women shot pepper spray into a crowd to clear fellow shoppers out of her way so she could get what she wanted.  The desire for personal gratification should never eclipse our ability to reason effectively and objectively.  Thankfully that situation was an exception but it gave my son and me a good platform for discussing self-discipline and how to spend money wisely; not just as a result of advertising executives’ clever work.

Enjoy your holiday shopping, but do it using prudence and restraint while helping your children gain a measure of balance when it comes to spending money.  And beyond that, don’t let Black Friday make you lose sight of what the upcoming holidays are really all about...brotherly love, gratitude, and peace. 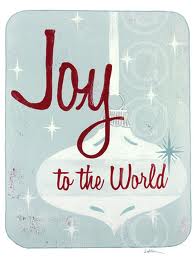