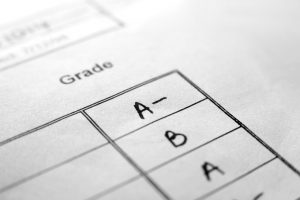 Because making the grade could be easier than you think!

As parents, sometimes we have to get real. And the truth is that some kids just don’t care about getting good grades as much as others—they need a little extra motivation to get them inspired. And there’s nothing with that! But, as parents, it’s our job to help kick their aspirations into high gear.

Although we really want to see our kids meet and exceed our expectations, it can be a little harder to motivate them when we’re unsure of what we can do to really motivate them. In need of a few ideas? Here are a few tried and true methods that have worked for us and some other parents we know:

1. Make sure they know you are proud of their aspirations no matter how many have (or haven’t) been accomplished

Sometimes, kids can get a little combative if they don’t believe that you’ve noticed the good things they’ve done. Whether it be tidying up when you never asked them to, refraining from begging for things at the store, or getting their homework done earlier than usual, they want you to see that they’re trying—and they want to know you’re proud of them. As parents, it is our job to highlight our kid’s success. They want to know we are proud of them, and supporting them can make all of the difference in the world!

2. Spend more time studying with them

Kids learn by example. If they notice that you don’t care about them making a certain grade, or if they see that you’re not a motivated worker yourself, they’re never going to understand how important it is for them to put their best foot forward.

That’s why we always think it’s important to take some time out of the night to spend time with the kids as they learn, complete their homework, and study for quizzes. It shows that we care, it means we are there to help them with concepts they don’t understand, and it really pushes them to complete everything that they have due.

When all else fails, consider using psychology practices. You’d be surprised at just how well they can work! After all, psychology is a study of the mind—the psyche—and it has helped us determine everything we know about how the human mind functions and processes certain responses.

How does positive reinforcement work? Well, children often want a lot of different things, and they try many different ways to get them, with some of those ways being more successful than others. For example, throwing a tantrum in the cereal aisle doesn’t usually result in mom and dad buying a double portion of those sweet cocoa crunchy-o’s. Instead, most parents would refrain from buying that cereal as a consequence for bad behavior (that’s negative reinforcement—taking away something, or never being awarded it in the first place, as a consequence to poor behavior).

On the other hand, some ways children try to attain certain things can be very successful. For example, if they really want to stop for ice cream on the way home, they’ve learned over time that they need to ask politely. Often, that behavior results in them attaining what they’re after; also known as positive reinforcement.

When it comes to something as important as grades, you can raise the stakes a little higher. If you know your child isn’t doing his or her best, or if they’re trying but could do better with a few more hours behind the books, motivate them! You can promise them a reward if they make a certain grade, or if you observe them putting in a certain number of hours studying. And like we said, the stakes can be much higher—like getting them that bouncy outdoor trampoline they’ve been drooling over!

Trust us, they’ll be on their way to higher grades when they see how serious you are about rewarding them! And when they do score that A+ and deserve some praise, feel free to get in touch with us regarding a brand new, fun, and safe backyard trampoline—one of the best rewards out there, in our opinion!